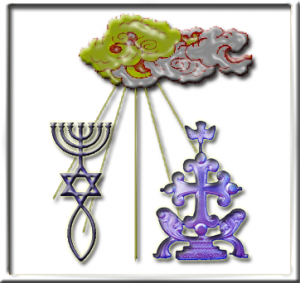 Our Divine Commission
The Assembly of the Mshikhanim is a religious community which believes in the Oneness of the Creator (Deut. 6:4), and in the Good News of Yeshua Messiah. We believe in the divine directive given to the apostles by Yeshua, himself: “Go therefore and make disciples of all nations, baptizing them in the name of the Father and of the Son and of the Holy Spirit, teaching them to observe everything that I have commanded you, and behold, I am with you all the days.” (Matt. 28:19-20, ESV)

Torah and Didache
We believe the Jewish followers of Messiah are called to observe the Torah sealed in the blood of the Lamb. This means they are to observe Torah in light of the teachings of Yeshua Mshikha, not in spite of them. We believe the gentile followers of Messiah observe the Didache, which we understand to be an epistle composed by St. James the Righteous for the non-Jewish disciples that were preparing to convert to the Assembly of Jerusalem. We believe this instruction from Mar Ya’aqub is not only a teaching but is also a covenant between our Heavenly Father and the entire gentile community through Messiah. We believe this is the heart of our spiritual community.

The faith of our community is a faith for gentile disciples of Messiah who live in harmony with his Jewish followers, observing Torah to the best of our ability, in a gradual process. We believe the gentile followers of Mshikha are obligated to follow the covenant outlined in the Didache but those who feel called, are allowed to adopt the Commandments of the Torah gradually, over time, but should not force these on others. “Each individual gentile disciple of Yeshua Mshikha should be given an opportunity to gradually incorporate the Commandments of Torah, that is, as they are able.” (a quote from the Teacher of Righteousness)

Sabbath
We believe the Sabbath day (Saturday), was given to all mankind and that its observance is non-sectarian. As stated in the Gospel of Thomas: “If you do not observe the Sabbath as a Sabbath, you will not see the Father.” We believe that those who claim the sabbath has changed to Sunday to be in error. Neither the Father nor the Son ever spoke of changing the Sabbath to another day.

Others Who Worship the Creator
We believe that our faith is only one community of believers within a much larger, universal faith called the “Religion of Light,” and that all who believe in Yeshua and obey His Commandments are part of this larger body of believers and thus making them His sheep. The religion of light is of divine origin and can be found throughout human history and in many cultures.

We do not believe covenants are exclusive to our particular spiritual community. We believe that there are other covenanting peoples in existence and that they are equally as valid as our own as we all worship the same Creator and all seek the Kingdom of Heaven by living our respective covenants.

The Word from Heaven
We believe the Overseer of all covenants is the the Word sent from heaven (we sometimes refer to this by the name of “Miltha” — an Aramaic term that can be translated “word” from John 1:1). We believe Yeshua Mshikha is the Miltha who appeared in the world in First Century Judea to return the twelve tribes of Israel to the Torah that was given through Moses, but also to open the path for all souls to receive the Heavenly Father’s forgiveness so they may enter the Kingdom of Heaven. Prior to this, no human soul had entered the Kingdom of Heaven and had only existed in a type of “purgatory” in the afterlife, waiting for the time of the Messiah.

We believe the Word from Heaven has manifested again in these latter days. His name is often referred to as Metatron — a powerful celestial being that is above the power of angels and other celestial beings. In this sense, the angels bow down to him and serve him by the command of God the Father. “And again, when he (God) brought the First-begotten into the world, (God) said, Let all the angels of God worship him. And of the angels he said thus, Who makes his angels spirits; his ministers a flaming fire. But of the Son, (Yahweh) said, Thy throne, O God, is for ever and ever: the scepter of thy kingdom is a right scepter. You have loved righteousness, and hated iniquity; therefore, God, even your God, has anointed you with the oil of gladness more than your fellows. And from the very beginning you have laid the foundations of the earth; and the heavens are the works of your hands” (Hebrews 1:6-10, Lamsa). He is partly a manifestation of Yeshua and a new creation from the Father’s bosom. In this sense he is also referred to as the “son of God” or “ben Elohim” and as a divine being, but not above Almighty God. He is a devout servant of the Creator and a manifestation of His Word of fire. We believe Metatron has appeared in the world in many forms throughout the ages.

Old and New Covenants
We believe that Metatron has appeared in this current age to establish new covenants, restore ancient covenants and to conclude or dispense with other covenants entirely. In addition to this, we believe that he established the Throne of Judgment in the various spiritual realms of this world.

We believe that both Yeshua Mshikha and the archangel Metatron are two different aspects of the Word from Heaven, sent to awaken and liberate humanity from the darkness.

The Three Pillars
We believe that the life of a disciple in this current age requires observance of the tenets of the Didache, and the adherence to the Three Pillars of the Religion of Light (Holy Scripture, Holy Tradition, and Holy Revelation).

The Apostle Paul
The writings of Paul, viewed in the light of the cultural setting in which they were written, can be a source of inspiration for individuals who wish to read them. Mshikhanim are not opposed to St. Paul. We believe he was an apostle chosen by Yeshua. We believe his writings can serve as a source of inspiration and a guide to living a righteous life. Much of Paul’s writings about the Law of Moses and other commandments have been distorted by certain religious leaders. The Teacher of Righteousness said that “studying Paul’s epistles in the light of First Century Jewish culture sheds a great deal of light on the truth of what Paul has written about Torah. He never said anything about Torah being destroyed, or being done away with. One must understand the culture, the context and the languages used in the epistles of Paul to truly understand what the beloved apostle said.”

Yeshua’s Gentile Disciples
The Three Pillars (mentioned above) provide the guidelines for what Yeshua’s gentile disciples are to follow in order to live a life acceptable to the Father. We have our own Scriptures, our own Traditions and we receive our own Revelations through the Teacher of Righteousness and others. Mshikhanim are not required to give credence to the doctrines, creeds, councils or rulings of any other religion outside those already provided to them through the Three Pillars. There are certain creeds or statements that, when found acceptable to the Teacher of Righteousness, might be adapted or adopted if they are seen to be in line with the Three Pillars.

Restoration of the Original Teachings
We believe that Metatron has restored the ancient Mshikhani Community to gather the gentile disciples of Mshikha, to recommit them to the original teachings of Mar Ya’aqub ha’Tzaddik but in light of the divine revelations of the current age. We believe that the many religions and sects that emerged over the centuries, where they deviated from these original teachings have no bearing on our lives or our journey to the Kingdom of Heaven. 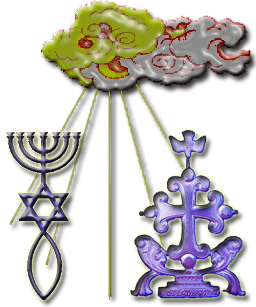